Part of a large line of carriage toys produced in Kenton, OH, by the Kenton Hardware Co. in the late 19th century, this is the red version of a toy generally known as the “Yellow Kid Goat Cart.” Like his yellow cousin, our Red Kid comic figure rides upright in his red-wheeled open cart, which is drawn by a bearded bronze goat. Founded in 1890 as the Kenton Lock Manufacturing Company, the company produced locks and cast-iron products and toys for the home. Due to a patent dispute, toys became Kenton’s focus, eventually making it the largest manufacturer of cast-iron toys in the world. Image is 1000px wide.

A Peep at the Circus Picture Puzzle (Dissected)Vintage Toys 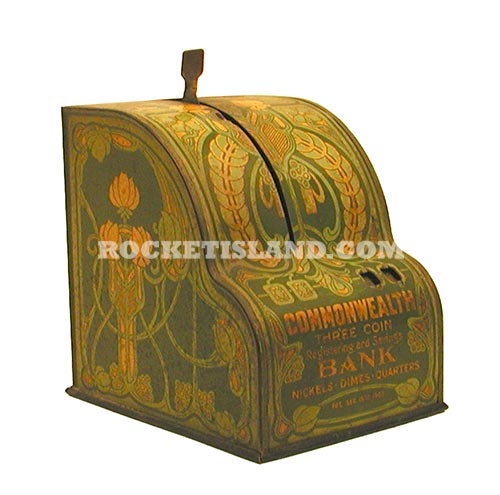